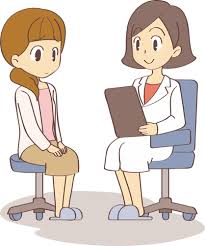 I’ve had surgery for a hysterectomy planned for this summer for a few months, and the big day is only three days away. I’m a nervous wreck. To add to the stress, my other surgeon wants to do a mastectomy at the end of June. So, in a month. For those of you who are officially confused, a bilateral mastectomy is when both breasts are removed. A hysterectomy means they’re removing my uterus, ovaries, and cervix. All my female parts basically. I’m having all of this done to avoid breast and ovarian cancer, for which I am at an increased risk.

The doctor today also said that if I don’t stop picking at the skin on my chest, the plastic surgeon won’t put in expanders for reconstruction. (Reconstruction is when they put these “expanders” under the muscle in your chest, where your implants will be. Thus, they are reconstructing your chest to add breast implants. The expanders will be expanded periodically for a few months, then I will have another surgery that will remove the expanders and put in the implants). Again, I’m a nervous wreck.

It’s intimidating. The original plan was to do both surgeries this summer, but because of covid-19 I wasn’t sure the surgeons would do either. The hysterectomy had a scheduled date, but the mastectomy did not. Well, the hospital is now doing surgeries, so the hysterectomy is definitely happening. But now that the mastectomy is being planned for the end of June or early July, and that it hinges on my ability to stop picking at the skin to avoid infection spreading during surgery, I am overwhelmed. My picking is an anxiety thing, like when people bite their nails. So as I write this I have a prescription cream and PJ Masks band-aids all over my chest. I meet the plastic surgeon, who will put in the expanders, on the ninth. I have to have these sores healed and looking good in just a couple weeks. No pressure.

It’s just, a lot. A lot to process. Then, as I’m leaving the office he tells me I need to schedule a MRI before the mastectomy. Which has to be seven to ten days after the start of my last period. So that’s now scheduled for the ninth as well. A week after having a total hysterectomy I have to lie on my stomach for thirty minutes. I also get a mammogram and ultrasound that day. Ugh! I just want to bang my head against a wall. I have too many appointments and..

And I’m being over dramatic. I am exceedingly lucky to have insurance that will pay for all of these appointments and surgeries, when a lot of Americans don’t. I am lucky to know this is an issue and to be able to take the time to go through the surgeries. I know all of this, but yet my anxiety is screaming at me so loudly I can’t even hear the rational thoughts. Am I ready for this? This is huge. I’m starting early menopause and having my breasts removed in one summer. In a month I won’t recognize myself in the mirror. Yes, I am thankful I can do all this. But it’s a lot, mentally and physically, to process.